Oslo, Norway: Diamond of the North 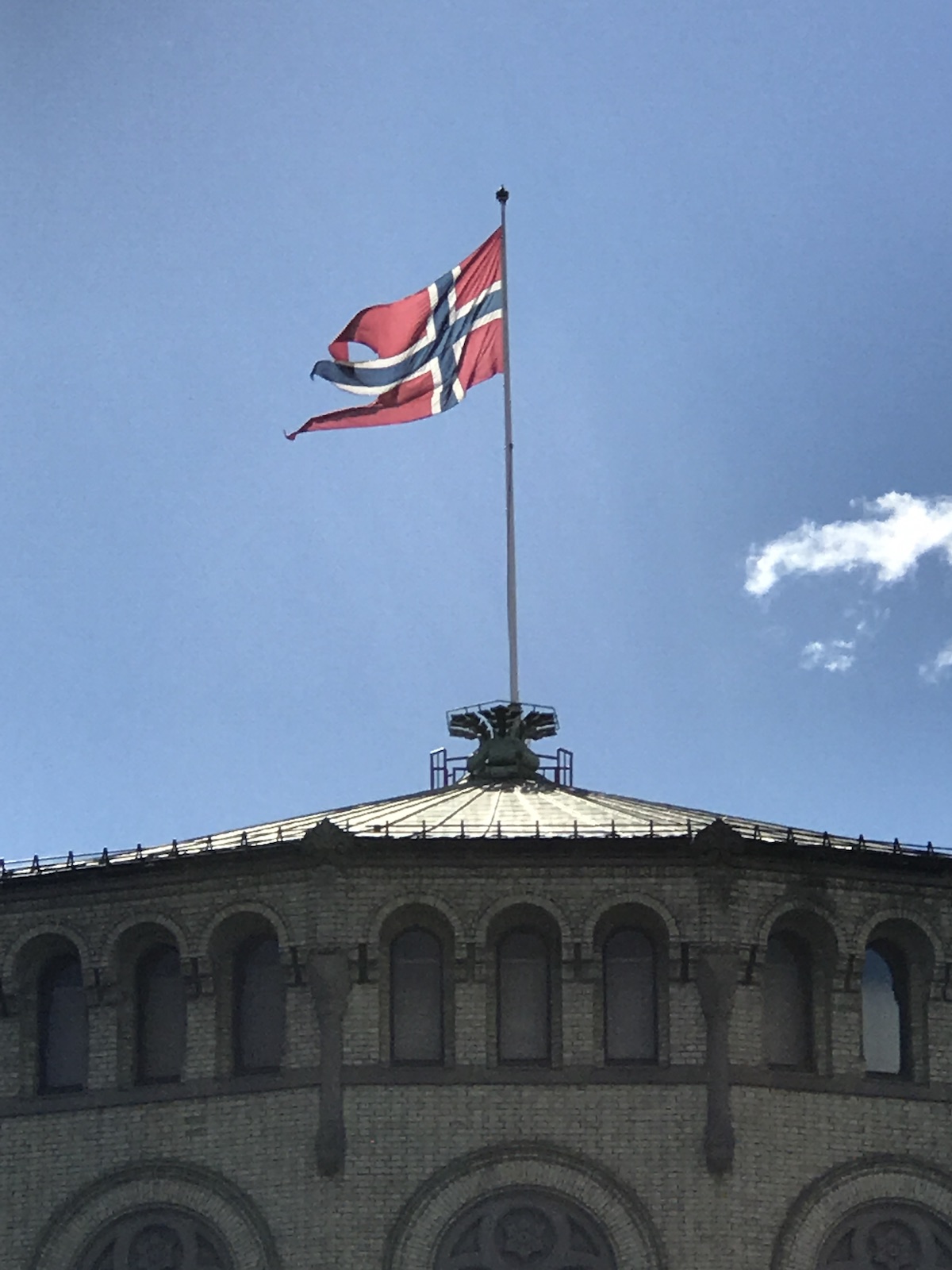 Norway was a destination I had in mind since I was a kid and first heard of the Aurora Borealis. I didn’t understand at that time there were multiple places I could see it in the world, other than Norway, but it became synonymous with the country. I also had a family member who served in the military, stationed in Germany, and did some military work in Norway, so it was a story that was occasionally thrown around.

I didn’t know what I was truly going to see there since my travel agent didn’t have contacts in the country but I got the inspiration on the flight through the movie “Anthropoid.” The movie depicted the Czech struggle against Nazi occupation and it made me curious to the Norwegian occupation and gave me an idea to research a museum.

As I landed, I was amazed at the beauty and the intense green color of the countryside, neglecting to take pictures, opting to be a Garfield window-cling and just take it in. The airport looked very futuristic and had a very modern feel to it. The train to the city center was a perfect smooth ride with a window seat to see the countryside where I finally took pictures.

Getting off the train I was worried I wouldn’t be easily able to find my hotel and be a walking piece of meat for theft lugging my huge suitcase behind me but felt incredibly safe. I had the general direction of the hotel so I walked casually down the cobblestone pedestrian street and took in the weather, slight breeze and the flag, waving in the wind, that radiated in the bright sun. I actually had to stop because the flag was so magnificent in the sun, the light breeze blowing through it and the cool air that just made it feel so perfect.

After checking into my room, I found a sports pub that was American themed, O’Learys, that had an amazing meat substitute that I decided to try since I was trying to keep a diet going. A day’s worth of traveling, though, meant that was it for the day and I headed back for the hotel. I woke up in the middle of the night to find the hotel window, though the blackout curtains were shut, was fully lit and I remembered about the midnight sun. It was a strange feeling to later be walking the streets and looking for a restaurant that might still be open though the light made it feel like it was only mid-day.

The first place I visited was the Royal Palace that was straight down the road. My map showed me that there was a huge park around it but I was hesitant to walk in the gate feeling how I could never just walk in to the White House’s East Lawn but beside the open gate and a soldier at attention was a sign that read, “Please enjoy our garden, read a book, play a game, have a picnic, take a nap, but no grilling!” The garden was beautiful with trails, statues to royal matrons, fountains and lush trees.

I walked down to the pier after, taking in the waterside view and around the shopping outlets, found monuments on my map to the Norwegian resistance that I earmarked for later. The next day, I took a cruise on the Oslo fjord and had a tour of Vigeland Sculpture Park. The fjord was magnificent in it’s beauty and the sun made the clouds, water, and hillsides look like paintings or elaborately lit photos

I found a familiar face on my way to Akershus Festning with a statue of Franklin Delano Roosevelt overlooking the pier. I found out later that it was to show appreciation for his unwavering support of the Norwegians during WW2. The fortress was a great walk that demanded endurance as some parts were steep and with a light rain falling became slick but I saw all the monuments on the map to the Norwegian people and their history, even at one point walking past a soldier at attention out of nowhere. I would later find out that I walked past the Royal Burial Chamber.

Norway’s Resistance Museum satisfied my appetite spawned by the movie on the flight and taught me intimate details of the occupation such as the reason for Hitler’s desire to occupy the country, the various efforts by government officials, judicial officials, teachers, and artists to stage protests to the Nazi agenda. I learned of Norway’s own Benedict Arnold in Vidkun Quisling, who was the Norwegian Nazi Party leader, that declared the coup against the King by national address and sought to become the de facto leader under the Nazi regional administrator; was universally despised by the populous with anything he tried to accomplish being a failure, later executed after the war for his treachery, and his name forever being a synonym for treason. I also learned of the underground’s efforts to sabotage the German war effort and ultimately sabotaging and destroying the main production facility that was involved in Hitler’s quest for the Atomic bomb.

The Nobels Fredssenter (Nobel Peace Center) was an out of the blue discovery after I left the fortress that was on the opposite side of the pier. I went in and immediately felt relaxed from the trivial pettiness of the world that I had just left back in the US; I would later discover that the feeling existed through the whole Norway leg of the trip. The main exhibit was devoted to the Syrian Refugee crisis and featured displays on the child’s point of view, the familial unit point of view, the forcibly ex-patriated (those aboard at the time) point of view, and those who are on the front lines dealing with the atrocities such as the group known as the White Hats. The second floor was devoted to the current Peace Laureate and his efforts to stop the civil war in his own country of Colombia, and had a room called the Nobel Garden where are the winners of the award are featured in a display portraying flowers in a lit garden. I didn’t want to leave such a peaceful place after visiting it.

My last tour of the area was a group tour of the old city center where I learned of the Danish influence and colonialism period, the legend of King Kristian IV pointing with his glove to the spot where he wanted Oslo, at the time Kristiania, to be built, walked through the fortress again and learned I was not only staying a block away from the parliament building but also the place where a deranged nationalistic gunman set off a bomb in the city government center and then went to a youth camp and shot and killed multiple teenagers. The event was etched in my mind from seeing the stories on the news of it when it happened that I found it oddly interesting that I booked my hotel not just a stone’s throw away from a goverment landmark in the Stortinget and the Kongehuset but a stone’s throw from a national tragedy as well and I felt as if being one with the Norwegian people as humans.

I dreaded leaving, not because I didn’t want to move on in my trip, but I felt a connection to humanity that I felt was lacking in the world and didn’t want to return home to the petty squabbles that seem so prevalent in the everyday interactions on social media, news, and current state of politics. I wanted to make a slideshow to exhibit Norway but the week I spent there was a collection of stories that pictures alone could never tell and would take too long to present with meaning behind them.

Norway, like Russia, and before that, Seattle, has stolen my heart.
back

MORE FROM THE NORDICS