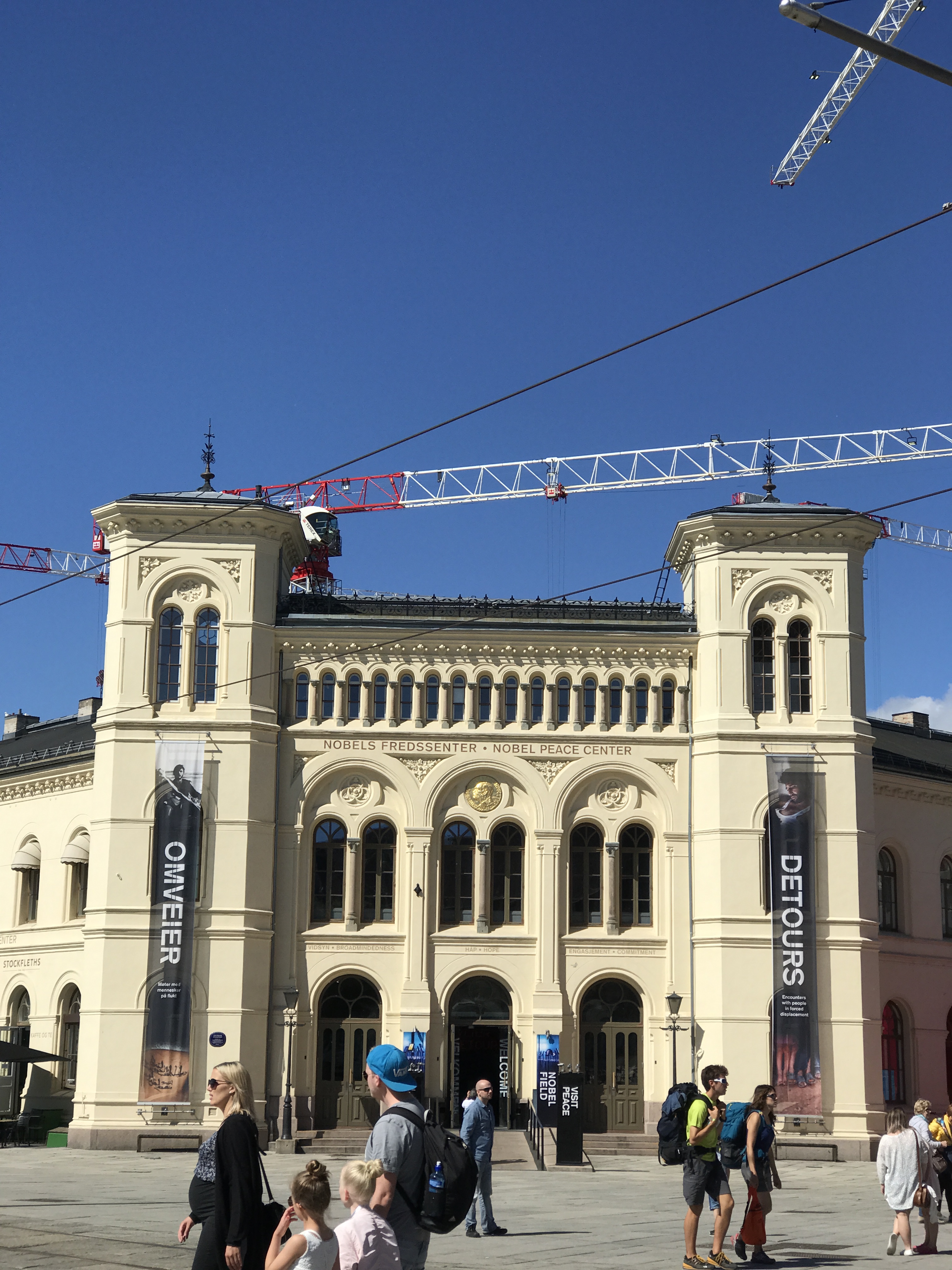 I saw this on the map but was just going to leisurely stroll for my first full day here. All the sudden, I saw the “Nobel Peace Center that way” and realized I walked right passed it earlier. It was a humbling experience to be in a place devoted to peace and love and devoid of vitriol.

The first floor was an exhibit devoted to the Syrian crisis and those effected, with sections devoted to a different group (children, family units, spouses, and a group of seven female students who were studying aboard at the time war broke out and haven’t been able to return). Of the all the sections, the college students section touched me the most because I can’t imagine being in a situation where I couldn’t go home. It reminds me of the Tom Hanks movie “The Terminal” where he plays a gentleman who, as he was in the air, his country broke out in war and he was essentially a citizen without a country after the U.S. didn’t recognize the government of his country anymore. The women express the same fears of not knowing what to do next because they are concerned for their families but are powerless. A few even said that they are viewed with suspicion or scorn as a Syrian, either out of fear or ignorance.

The second floor was split into several exhibits: one for the current Nobel Peace Prize recipient Colombian President Juan Manuel Santos, another for Alfred Nobel himself, and a Nobel Garden Room featuring every Nobel Peace Prize recipient in a field of “lighted flowers” and had recordings of acceptance lectures play from time to time. I was amazed to find out that more than one U.S. President had won the award. I loved seeing these pictures, learning what they did to be awarded, and when I remembered the detractors words on a few of the recipients I quickly was able to switch back to peaceful bliss given the vibe of the room, building, and message.

It was a fitting start to this trip given how at peace I feel here in Norway and how I am able to not worry about “back home” trials and tribulations in the news. I’m reminded of where I am in the world as a citizen of it and the mission I’ve given myself with this blog.

MORE STORIES FROM THE NORDICS