I made a post when I left for Poland about my travel day rituals. I, without realizing it, wore my Gary Vaynerchuk “Regret is Poison” t-shirt on both of my first flights to Europe last year. Once I realized it, I decided to make sure I wore it on my travel days. I wondered what the perception would be, by another culture, of a giant skull with the biggest word of the three being “Poison.” I realized, though, that I didn’t care; not from a cultural sensitivity point of view, but from a judgment point of view. If anyone asked, it would a easy conversation piece for my blog, my goal for the experience, and what I’ll write. Surprisingly, while aboard, a different shirt got that reaction. My Impact Theory shirt from Tom Bilyeu that says, “Only Execution Matters” caused someone to approach me at Mindvalley U in Tallinn to ask if I was advocating for capital punishment… Um… wHaT?!?

The two videos above show an important lesson I’ve learned in life. Jay Shetty has a way with words and imagery that gets you to think of a problem in a new way. The first video I ever saw, though not this one, pleaded with us to find the good in the bad. Specifically, missing out on what you thought was your hard-won dream path but happenstance knocks you down and out. Find the courage within yourself to design your own future and not be tied to a result but the journey. The video ended with the realization of happiness defining success instead of the other way around. I saw that through my growth, I wanted to do something that mattered to my heart and with that shift my first passion was gone.

Growing up, when picking a direction or an interest, I would hear, “that’s going to be hard, focus on what’s in front of you first.” Then when I hit the first roadblock or the path wasn’t clear, I got dejected and quit. I quit not because of entitlement or thinking it should be easy, but that the inital “supportive advice” showed me that failure and adversity was a barrier, not a cost of entry. Also, I wanted to do something creative but “how would that provide for my basic needs until I ‘made it’?” Two things there, I was made to think that life was hard and I would compare my start to someone who was miles ahead in their own direction (let alone even mine). Worse yet, I learned to think that the slog of effort I put in would make success in what I wanted magically appear some day, POOF! “You’ve worked incredibly hard, here’s what you’ve always dreamed of.”

I never learned the value of myself. Life was just a series of decisions to keep me alive. Jay Shetty’s video gave me renewed hope that I did still have value and since I had just started my “development kick” I was all ears. I had let life dictate what happened to me because I took no charge. With the video above though, I saw the first video of his in a new frame; life would crumple me, scrunch me, and squeeze me because no one was driving my life but now I saw the value in what I could bring through my passion. Jay let me know, just like Gary Vaynerchuk and Brendon Burchard before him, no matter where you start, START! I began talking about what medical issues themselves taught me in conjunction with my work in senior living and wrote a few articles for my LinkedIn. When I saw that people liked my writing, I tried to talk more about it and look for more to write but focus was an issue as I was still learning in my growth. My professional responsibilities suffered and frustration mounted when it was brought to my attention (partly because I knew I was better than that). I soon found it wasn’t “the job,” but the passion for senior living, itself, was waning. Personal growth gave me passion for expansive knowledge, new experiences, and value creation; while my job became a monotonous series of passionless tasks devoid of value to myself or the people I was supposed to be helping with one of the toughest decisions of their lives.

My brother tagged me on Facebook with the other video and I saw it as where I was, myself. I wanted to quit and do something else, but what? That’s when I decided to book a vacation to Russia. That was my “quit my job after watching this” destination but I still looked to “the job” as the career aspiration, thinking I was just going through a rough patch. Russia was just a “once in a lifetime trip”; I remember laughing as I got my passport documents that I “only needed it one time. Why would I ever use it again?” Every aspect of the trip though, filling out the forms, finalizing the tour schedule, seeing my passport for the first time, seeing my Russian visa for the first time, etc., was exciting. Yet, when I was about to leave, my corporate office requested that I came back early. I told them that I would be in Europe and had booked the trip already but they insisted, making it seem like it was super important. I acquiesced and changed my trip, only to come back to a “20 minute meeting” where the corporate person, who feigned ignorance of being told of my European trip, just wanted to tick boxes off my training sheet that was 6 months over due through no fault of my own. I called my sister that night, told her what happened and that I wanted to quit and go back to Russia. Completely clear headed, I went to work the next day, gave my two weeks, and booked a flight back to Moscow. I looked at how alive I was in that moment, how alive I was in Europe, and how I had just been diagnosed with what killed my brother the prior year, through the lens of the videos’ messages. My resume was not the end all, be all; I had the courage to follow my dream, now I needed to take control. 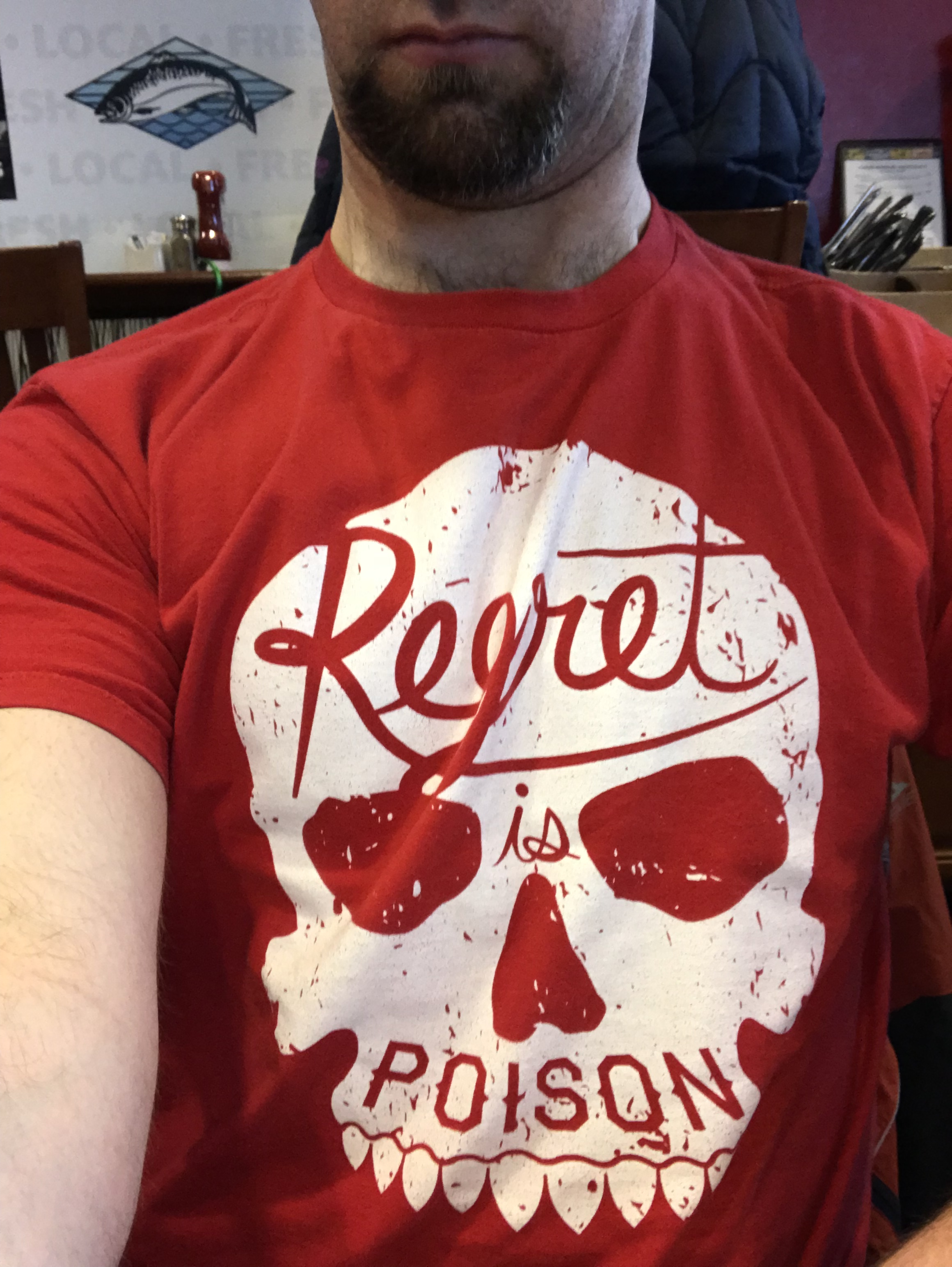 My life since then has been one some people might say lacks in necessity and practicality, with no direction. In fact, when I announced that I quit my job and was going to back to Russia to see Moscow again properly, two friends of mine openly mocked me, one online and the other in person in front of others. Yet, I’ve approached each day with a clear mind of what I hoped to accomplish, whether that was an article draft, an email to a trusted colleague, researching programming in personal coaching, an email to talk pitches with a business for writing and social media content, or speaking locally for small groups; whatever I need to do to live my passion of discovery and then teach that discovery to those that will listen. I know that the more I put out into the world, the better because the world can now see me and I, it. I will make it work because that’s the nature of the world today. I regret nothing from the past two years except not going all in with seeing the world, instead pursuing “safety” in the job market.

I wear Regret is Poison on my shirt proudly as it tells the world that I’m alive in this moment and not worried about anything but my own fulfillment and joy.
back