The "Voice" of Freedom 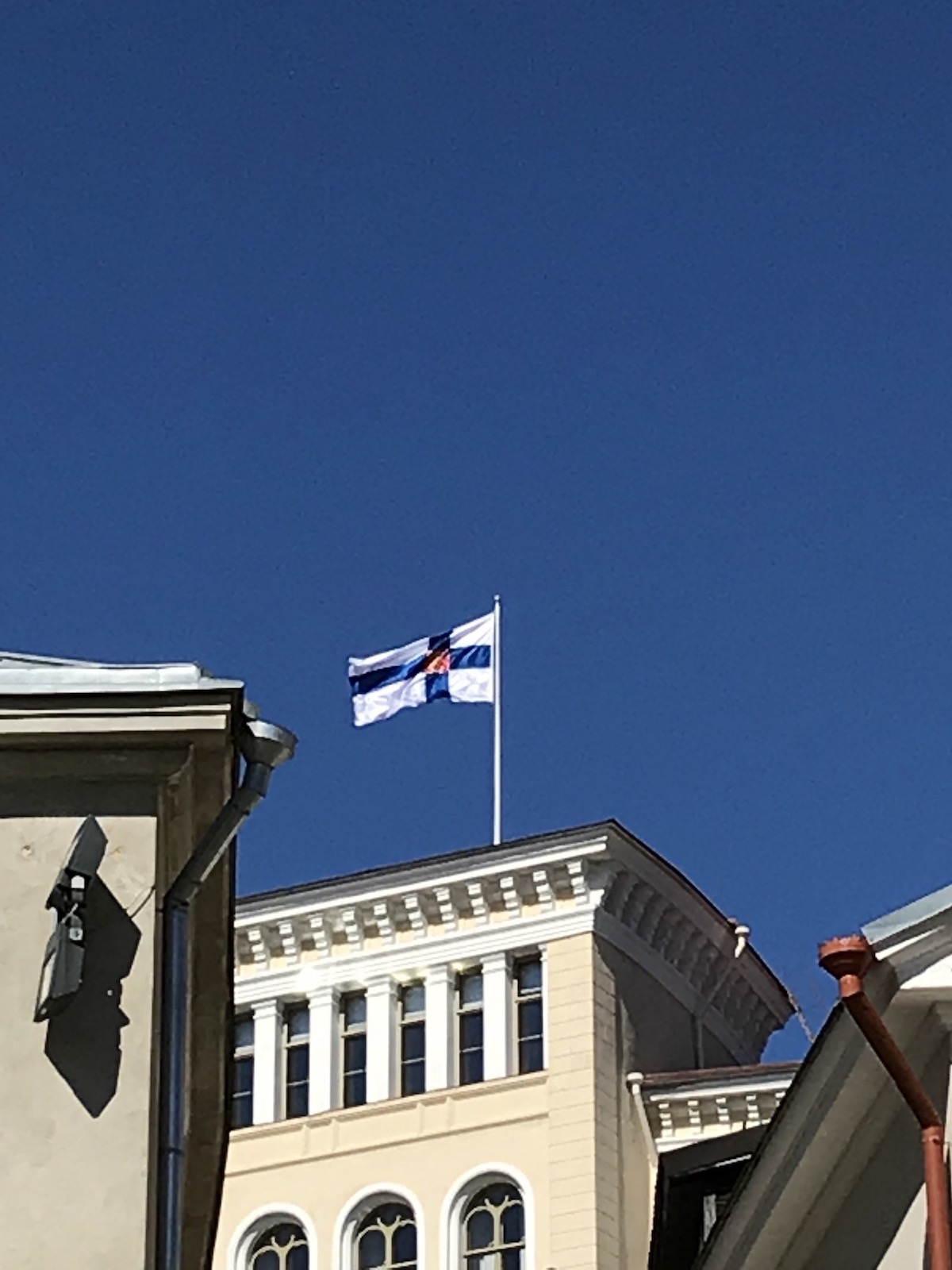 I made a comment the other day at a speaking event that really made me take a step back and wonder what the narrative is that people still have about the nature of the world. At the end of the presentation a senior asked me, “how long do you go for?” I responded, “usually for two weeks,” adding that I felt this last time I was ready to come home before the two weeks were up. He piped up excitedly about realizing the freedom we have in America and realizing that you want to return to where you have the freedom to do and say what you want. I responded that it had to do with my dog and being tired; as my fur daughter, I was ready to see her again and was tired from the constant go with the last 4 of the 18-day trip hard not to want to be back home with the fur kid and not have such a large pet care bill. This answer confused him quite a bit and I could see he didn’t know how to answer in return.

This example is indicative of a different generation, where the issues were different and the availability of information on far off corners of world was lacking or unavailable. Our generation has a unique ability to understand the freedom of the world’s countries beyond our own. I want to share that I felt a freedom in the countries that I’ve visited so far that I’ve never felt here in my home country where I was always taught, as a child, was the freest in the world. Maybe it is because you take your surroundings for granted or you don’t personally take the time to think about it because it just is, but those who have come here from other countries always have stories of the increased freedom they feel; why can’t it work the other way around?

I often think of the video that went viral of Jeff Daniels on the show “The Newsroom,” where he sat as part of a political panel. When it first went viral it was just Jeff’s response that was shared by people on my Timeline. It was often shared by people on one side of the view; shared to point to the nostalgic view of the country, but it lacked context for me. The full clip showed each panelist’s answer and it was meant to show the blinders on each side; the overly liberal activist who extolled the values of diversity and opportunity without any emotional reflection on the actual work diversity and opportunity take, the overly conservative activist who answered with equally blind, “Freedom and Freedom,” and the college student who responded to the conservative answer with an approving head nod as her own blind world views were validated.

As I listened to Jeff’s answer I heard him say to the conservative panelist, “With a straight face, you’re gonna tell students that America is so star spangled awesome that we’re the only ones in the world who have freedom…” He finishes with, “207 sovereign states in the world, like 180 of ’em have freedom.” He then tears down the “sorority girl” for her blind implication on an American monopoly on freedom.

It reminded me of how, as a child, I went through a map book and in the glossary of flags I picked out my favorites. What mattered to me was the flag’s colors, it’s welcoming nature, and later it’s history and what it had behind it. Some of the flags I picked out were from terribly turbulent countries, like for instance I distinctly remember picking out the flag for Zaire (a country that no longer exists and had a terrible civil war when it disintegrated). To me the story behind the flag was interesting. I was drawn to the European countries more for their use of colors and their welcoming looking nature; only after that did I find out about the story of Eastern Europe’s recent history but also, beyond the Cold War, that of the cultural legends like that of Vlad the Impaler. To me the flag was a cultural and historical object, not a political one.

The colors of the flag of Estonia, for example, Black, Blue and White, represent fertile soil but also strife of the centuries of periodic oppression (Black), the Blue sky above the land and for loyalty (Blue), and for virtue, winter snow, and their long struggle for independence (White). Russia’s colors stand for nobility and frankness (Blue), faithfulness and honesty (White), and generosity and love (Red). Norway’s stands as a testament to the regional connection between the Nordic countries.

When I look at a flag waving in the air I see the history behind that piece of cloth. I see the wind giving it character. I see the wind tell its story with every twist, turn, fold and crease. The flag in that moment has a voice but it’s not one of politics. The wind gives it pride, tells the history of the country itself, and invites the onlooker to take it’s picture to preserve that moment’s voice.

It saddens me that in my own country something that, to me, has always represented history, the occasional historical periodic strife (civil rights, labor rights, human rights), beauty, strength and connection has been made into a political object and the debate is not the history behind it but who loves it more with the other being not patriotic, loving it and/or the country itself.

When I stop to take a picture of the flag where I travel, I capture that flap’s momentary voice as another fold overtakes it, and that fold creases back the other way, and so on. The flag that invites me to stop and listen to it “speak” invites me to look behind it, to the people that walk around me as I take the picture. “Look to them,” it says, “look around you and see for yourself what is here, what I know, what I have done; who I AM! Not what I “stand” for.”
back